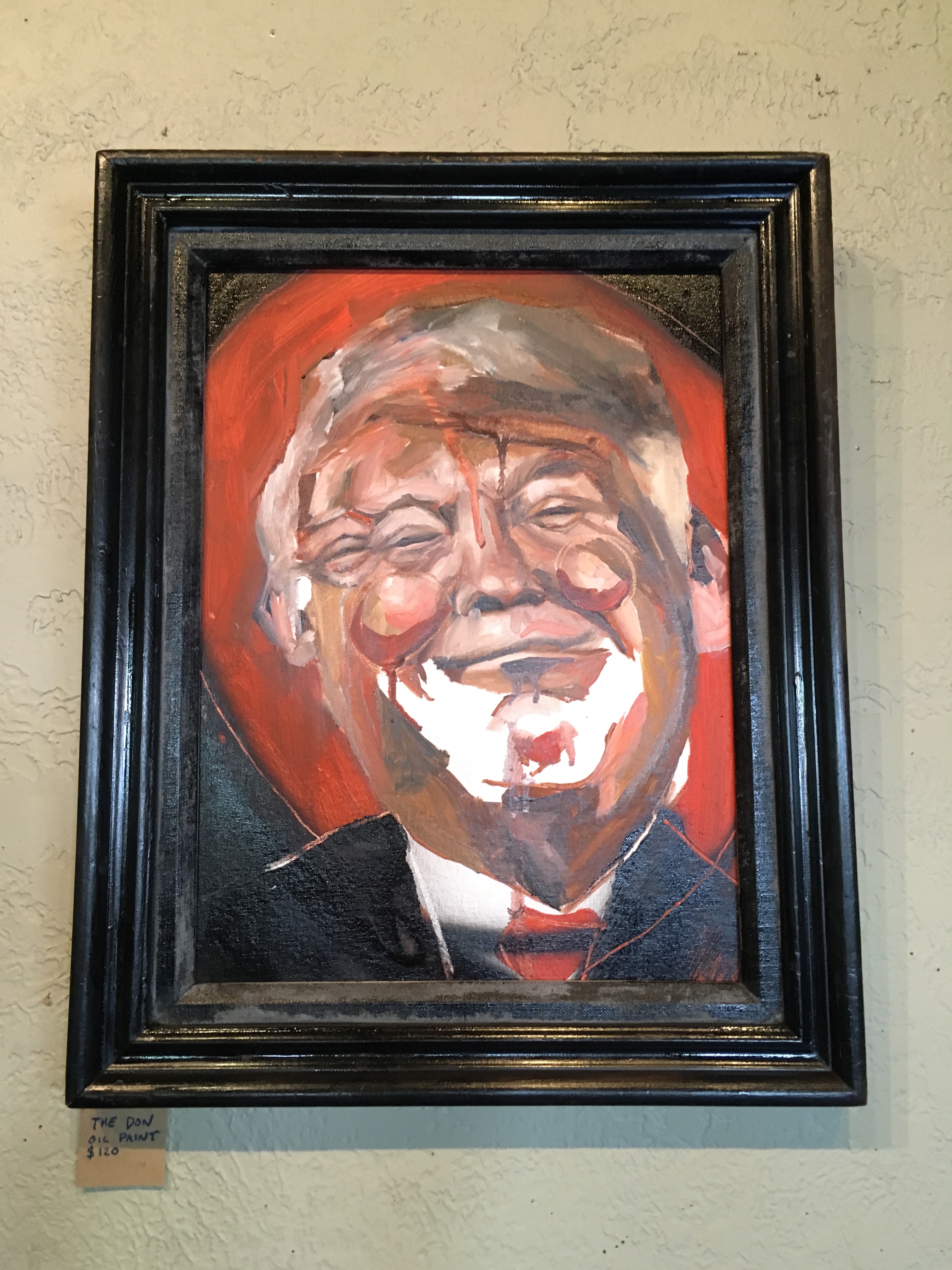 It’s me, Jocelyn. Now I know we’re all feeling anxiety over yesterday’s election of the Pussy-Grabber-in-Chief. Suffice it to say that the Flaming Ball of Id is utterly undeserving of the presidency. His lies and bigotry are well-documented, and there’s no need to rehash his litany of fuckwittage here.

So why did this happen? Personally, I don’t know a single Trump supporter—a factor reflecting the deep division between the coastal progressives and the heartland—although I did see several Trump signs in yards across the country with chainlink fences next to rusted trailers, half-burned garbage, and malnourished dogs. But he couldn’t have risen to prominence based on the ballots cast by the “deplorables” alone. The neo-Nazis and garden-variety misogynists were joined by (mainly) white men who had given up looking for work and felt left out of Obama’s America; by people concerned that “Killary” would start wars or open the borders; by religious conservatives who had never voted for a Democrat; by those who wrongly believe Islam is a terrorist faith; and by people with no college education. Sprinkle in some old-fashioned GOP voter suppression tactics, low turnout, and anti-elite sentiment and boom: here we are. Few saw it coming.

It’s ironic that working class Americans would hurl their support behind a billionaire who has never known want, but as a reality TV star, Trump knew how to sell the dream, riding the tsunami of hate for the establishment. Like my friends here and abroad, I’m gutted over the results of this election, and an incident this morning made me fear for the future in Trump’s America, even in liberal Eugene, OR.

An hour ago, I was waiting in line for coffee and a portly man with a ponytail, grinning widely, stood just a little too close behind me. I turned around to make polite conversation, and then looked me up and down—pausing a little too long on my chest—and exclaimed,

“Wow…you must really work out…”

Disgusted by the way he examined my body, I told him firmly that the way he looked at me made me feel uncomfortable. He soured and said,

“Sheesh. That’s all in YOUR head.”

Sure, the poor ape had meant it as a compliment, but I can’t help thinking that the man was newly emboldened by the prospect of an anti-PC POTUS who bragged about pussy-grabbing.

Like everyone, I’m worried about Trump’s threats to healthcare, education, and basic human decency. He doesn’t represent my views—OUR views—on anything. On the bright side, reactionary regimes have the potential to inspire creativity and protest pieces in music, painting, and other mediums.

So let’s make good art, America. Let’s show the world that we’re not as stupid as they’re all saying we are.