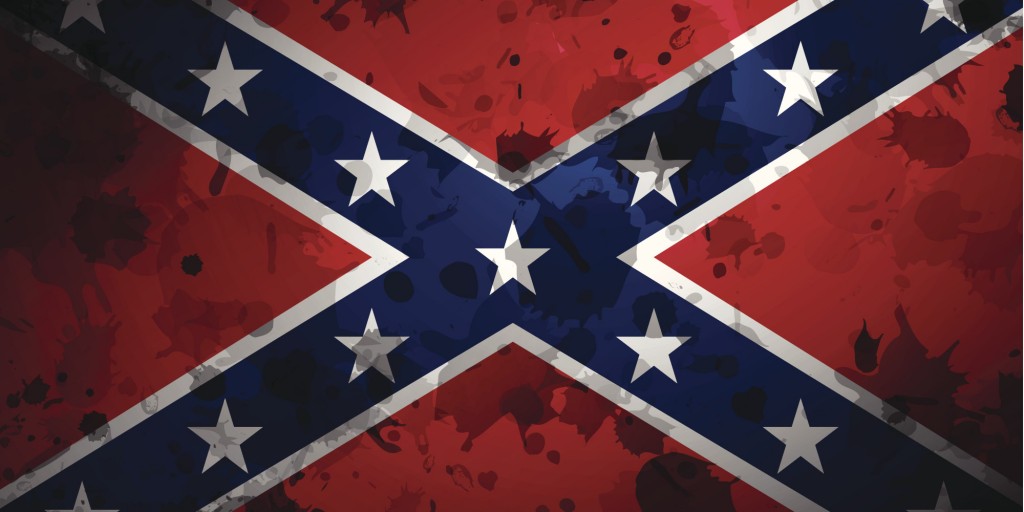 It’s 2065 and my contemporaries—the Millennials (a.k.a. Generation Y)—are bemoaning the loss of a simpler time, a time before self-driving cars, fully immersive VR internet, robot caretakers, human genetic engineering, ubiquitous product printers, and widespread mind-machine interfaces (MMIs). Of course these developments have presented some unique moral and ethical challenges, but I assure you that the compass of human progress is pointed in the right direction!

Everyone knows that the aggrandizement of the past happens with every subsequent group of aging people. By illustration:

You see? And I would argue that the world of 2065 is a much more connected, forward-thinking, and generous place than it was 50 years ago.

Let’s talk about the savagery of the United States in 2015:

1) Whistleblowers were imprisoned, alienated, and exiled rather than celebrated as heroes. Chelsea Manning was imprisoned for exposing the war crimes of the American military during the failed invasions of Iraq and Afghanistan. In 2015, she was threatened with solitary confinement for having a copy of Vanity Fair—the Caitlyn Jenner issue, a small comfort to someone who identified as transgender—and a tube of expired toothpaste. Julian Assange—founder and editor-in-chief of Wikileaks—was accused of “terrorism” by then Vice President Joe Biden and several high-profile Americans in the media called for his assassination. His crime? Providing an outlet for people to anonymously expose and examine the inner workings of their governments. Wikileaks heroically aired various international scandals including Manning’s U.S. war logs, the human rights abuses at Guantanamo Bay, and a slew of diplomatic cables which exposed the embarrassing incompetencies and backstabbing among leaders from many powerful countries. Edward Snowden revealed that the U.S.’s National Security Agency (NSA) had been secretly collecting information about American citizens without just cause in conjunction with major telecommunications and social networking conglomerates. Furthermore, the NSA spied on  political and business leaders in countries publicly considered our allies (e.g., Japan, Germany, France). In 2013, Aaron Schwartz—an activist for the freedom of information and net neutrality—hanged himself amidst a tormenting FBI-led investigation and a ruthless prosecution which wanted to make a scapegoat out of the 26-year-old who dared to question the increasing stranglehold of private corporations on access to scholarly journal articles, legal documents, and other materials which belong in the public domain. These are only three of the whistleblowing activists who now are celebrated as men of bravery, but only after being threatened, intimidated, and debased for standing up for what they believed.

2) Law enforcement was deployed with blatant prejudice. In addition to the cases of the whistleblowers, the laws in 2015 were applied differentially based on race, class, and politics. Non-violent users of illegal drugs rotted in jail cells while white-collar criminals who ushered in the Great Recession got off scot-free. People convicted of selling small amounts of drugs were prosecuted while large pharmaceutical companies made billions of dollars off of people’s addictions to opiates (e.g., Vicodin), amphetamines (e.g., Adderall), and mood-altering substances (e.g., Xanax). Finally, unarmed black men such as Freddie Gray, Eric Garner, Michael Brown Jr., Walter Scott, and Laquan McDonald were killed by white police officers while Dylan Roof—a white supremacist who slaughtered nine black people at a Charleston Church—was gently taken away from the gruesome crime scene.

3) People believed that owning an assault rifle was a constitutional right. The National Rifle Association (NRA) was one of the most powerful lobbyist groups and a campaign donor darling of many conservative politicians. In December 2012, Adam Lanza gunned down a classroom of first-graders and the U.S. failed to make any significant gun control changes. In 2015, there were over 350 mass shootings involving at least two victims and the government still refused to pass a law which would require simple background checks for gun purchasers.

4) Atheists, Muslims, and other religious minorities were persecuted for not being Christian. Back in 2015, it wasn’t ok to be a non-Christian in a high position of political leadership. To be a non-believer was viewed as tantamount to being without morals. All political candidates, regardless of their party, were forced to say, “And God bless America” at the end of their speeches in order to make God-fearing citizens confident that their leaders were religious enough. In the Republican presidential primary, Fox News host Megyn Kelly asked the 10 participants whether they had received instructions directly from God with respect to how to run a country. And she wasn’t referring to a Hindu, Jewish, or Muslim God. That would have been completely out of the question. In the beginning of the 21st century, being a non-Christian all-but-disqualified you from the upper rungs of political leadership.

5) Working for eight hours daily was standard. Despite the incredible technological developments in machines and robots—not to mention the vast pool of underemployed young people—it was still expected in 2015 that Americans work for at least eight hours daily. And since no mortal was truly capable of working effectively for eight hours, people surreptitiously procrastinated during the gaps in their concentration, perusing Facebook, news sites, or chatting with coworkers. Employers and the employed seemed incapable of recognizing their natural barriers to productivity, affected by sleep deprivation, stress, and other reasonable facts of being human. Rather than identifying the problem—reducing individual working hours, hiring more people, and moving toward full employment—regulations on businesses were lax and company owners instead pushed their salaried workers to work longer and longer hours. Rather than revolt, workers in 2015 reacted very curiously. White-collar workers in particular—feeling the pressure of status anxiety—toiled for 60, 70, and even 80 hours per week and wore it as a badge of pride. We know now that these conditions are inhumane. Working too long increases stress and decreases social connectivity, family togetherness and lifespans, but in 2015, eight hours daily (or more) was standard.

6) The United States had the largest gap between the rich and the poor and highest child poverty rate of any developed nation. Despite these sad facts, in 2015, a vocal and politically organized group of conservatives pushed for greater tax cuts, less business regulations, and other measures that we know now only exacerbated the vast wealth inequality. “Trickle-down economics” was a fiction created to justify the concentration of wealth in fewer hands. Unfortunately, the purported “job-creators” (i.e., companies) squandered their tax breaks on higher executive salaries and shareholder payouts than they did actually creating more jobs. At that time, there was also a myth of class mobility. The idea was that if you worked hard enough, you could one day buy property, send your children to college, and retire comfortably. It was a clever story which shifted the responsibility for individual circumstances onto the people themselves while masking the primary reasons that people fail: inadequate access to quality education, healthcare, and social support.

7) Xenophobia ran rampant in a nation founded by immigrants. Without any hint of irony, many working class, white Americans—whose families at some time had immigrated to the U.S., mind you—believed in Donald Trump, a bigoted billionaire who was running for president. Trump’s plan involved constructing a massive wall along the U.S.’s southern border to protect it from the Mexicans, a group he believed was responsible for all of the country’s ills. Not content to slander only one group, Trump went on to proclaim that Muslims should be denied entry into the United States based on the behavior of a few isolated extremists. Thirty-one governors declared that Syrian refugees—a predominantly Muslim group fleeing a brutal civil war—were not allowed into their states. By contrast, Canadian Prime Minister Justin Trudeau welcomed the Syrians personally, handing them winter coats as they exited the plane and began new lives.

8) Wars were waged in the name of securing American business interests. In the 20th and early 21st centuries, the U.S. engaged in a number of conflicts around the world to secure its own business interests. The Banana Wars in Cuba, Puerto Rico, Panama, Nicaragua, Haiti, the Dominican Republic, Honduras, and Mexico were fought to preserve U.S. corporate interests in Central America. Many wars were fought to prevent the spread of communism—the premier ideological opponent to capitalism—including the Korean War and the Vietnam War. The U.S. fought in the Gulf War to protect Saudi Arabian oil supplies from Iraq. Finally, unbeknownst to many Americans, government contractors profited handsomely from violence around the world, selling missiles, bombs, weapons, and tanks not only to American troops, but also to countries which suppressed democratic dissent such as Iran, Iraq, Egypt, Saudi Arabia, Yemen, India, Pakistan, Afghanistan, and Algeria.

9) There was an inherent conflict of interest between Public Health and Corporate Wealth. This is a big one. What benefited companies in 2015 didn’t necessarily dovetail with what benefited the public. Companies would do anything to turn a profit and survive. Several pharmaceutical corporations were fined more than $1 billion each for paying kickbacks to doctors and marketing drugs for non-approved uses (e.g., GlaxoSmithKline, Pfizer, Johnson&Johnson). The rise of for-profit colleges (e.g., University of Phoenix, Corinthian Colleges) contributed to the explosion of student loan debt which reached $1.2 trillion in 2015. And with more than $3.2 billion spent annually lobbying Congress, various industries held a tremendous amount of power over American leadership. Oil companies lobbied for the right to destroy pristine environments and fragile ecosystems. Pharmaceutical companies lobbied to keep healthcare expensive by keeping generic drugs off the shelves. Weapons manufacturers lobbied for decreased gun control putting the public at risk for gun violence. Large food companies lobbied to relax FDA regulations and block a living wage for workers. Real estate firms lobbied to weaken regulations on mortgage lenders.

So cheer up and stop pining for the good ol’ days, Millennials! Remember: things were pretty fucked up back in 2015, but we’ve made a lot of progress in combatting discrimination, promoting education, providing healthcare, keeping the tide of corporate interests in check, and optimizing hygiene with amazing toilet technology.