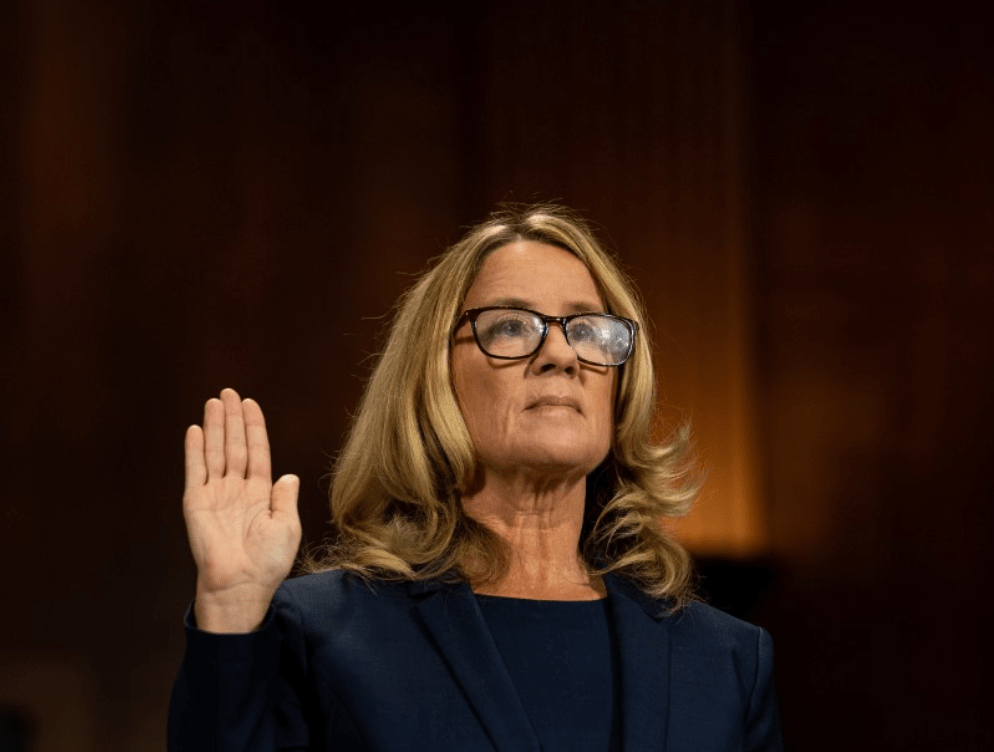 Dr. Christine Blasey Ford will go down in history as an absolute hero. Facing today’s firing squad, she remained poised but nervous as any honest person would be.

She was, after all, sharing her story of sexual assault with the world. Rachel Mitchell, the GOP’s female prosecutor—a mercenary the Republicans called in to avoid the “bad optics” of an all-white male panel—even believed Dr. Ford as any thinking/feeling person would.

Dr. Ford didn’t claim to have a perfect memory, but she recounted details that sent chills up the spine of our nation:

Like most women, she didn’t come forward immediately with any allegations for reasons that were patently clear during the second half of the hearing. Men of a certain type will never believe women. The all-white male Republican team did not even have the courage to confront Dr. Ford directly—again, bad “optics”—but they had no problem joining Brett Kavanaugh in his (dare I say) shrill pity party.

Let’s start with Kavanaugh’s bizarre opening statement: for 45 minutes, he wavered between rage and tears while detailing his fastidious calendar-keeping—throwing in a list of his academic and athletic accomplishments for good measure—and of course, reminding the world of the “binders full of women” in his life. It was an utter disaster. 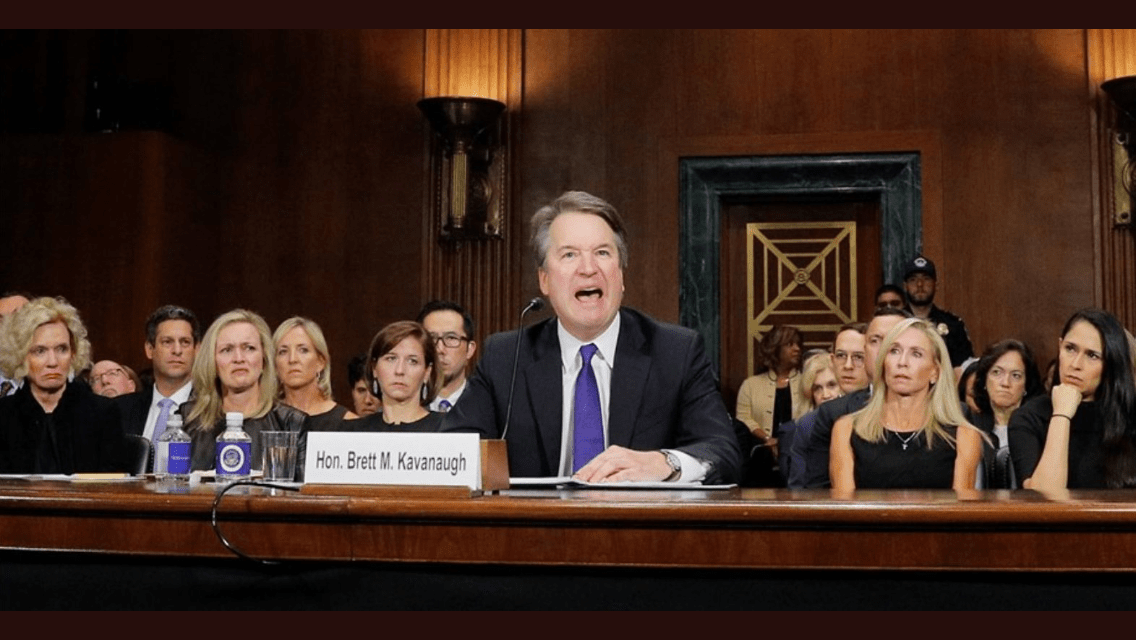 If any woman or person of color had displayed this Kavanaugh-esque rambling anger, sweating and reaching for their water glass every 25 seconds, observers would have written them off as LIARS. But that’s not the way that some people view well-bred boys from Georgetown Prep; the Brock Turners of the world can commit sexual assault and the most pressing question on many Republican minds is, “Oh, but what about that bright young man’s future?” This was EXACTLY the animating concern of those GOP committee members who fester in bad faith:

I ask all Republicans this: while “Bart” O’Kavanaugh and Mark Judge were laughing at Christine Blasey’s terror in 1982, how do you think she felt? She was 15 years old. And how do you think she feels now with her two front doors—an architectural anomaly born of a fear Kavanaugh baked into her when he tried to stifle her screams? She’s already had to relocate her family twice these past few weeks and still is receiving death threats.

Kavanaugh, the “Renate Alumnius [sic],” may be denied a lifetime seat on the Supreme Court, but does a man like that deserve to be confirmed? Absolutely not. His next appointment should be as a cautionary tale to other would-be sexual predators; Americans will never forget what he did to Dr. Ford, and his shameless lies are unforgivable—as is the partisan complicity of the GOP.